The Nobel Prize in Physics 1901

The first X-ray image was created by Röntgen in1895.

Rudy Valentino has appeared on this journal more than once, so I thought I might introduce his predecessor: the late, great Sessue Hayakawa.

That's a clip from The Cheat, a film whose critical and popular acclaim made Hayakawa among the highest-paid male leads in Hollywood. He starred in dozens of films, most of which cast him as a brooding and sexually threatening villain-cum-love-interest (and almost all of which are now lost). When he got tired of playing the same role in every film, he started his own production company, making movies with Asian settings and Asian casts portrayed sympathetically and without stereotype. The young and then-unknown Rudy Valentino was brought in to fill his niche, starting with The Sheik, the now-notorious film which catapulted him to stardom.

New to this site!

My 1st contribution: Robert Stephens - I know him from The Prime of Miss Jean Brodie (GREAT movie), which he starred in with Maggie Smith. He was once married to her as well. One word - Delish!

So I'm reading _Titus Groan_ at the moment and decided I needed to wiki the author, Mervyn Peake. I literally yelled "are you kidding me with that face?!" when I saw his picture. DAMN!

Ralph Chubb was a sensitive and introspective (crazy) artist/poet who spent his time making illuminated manuscripts filled with flowery poetry about naked boys and vaguely mystical paintings of naked boys.

For all his craziness, though, he was quite a cutie. He's probably been posted here before, but surely in light of such hotness, another post on Shostakovich would not be inappropriate!  Not only did he compose exquisite string quartets and magnificent symphonies, but he was also dreamy, and I challenge you to find anyone else who looks this hot wearing these glasses: 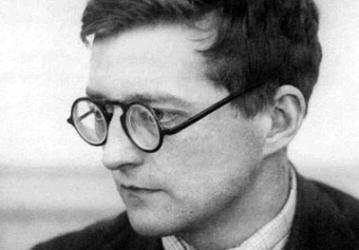 Since today was the 50th anniversary of the first manned spaceflight and we haven't had any posts this year, I thought why not commemorate it with various handsome and heroic astronauts.

If any members have other astronauts they'd like to share with the rest of us, please do so! :)

SO I've been reading this book called "The Age of Wonder: How the Romantic Generation Discovered the Beauty and Terror of Science," by Richard Holmes, about late 1700s/early 1800s science and Romanticism. And not only is it a good book, but there are some FINE looking gentlemen of science and letters in the photo sections. I had to share.

there are also our favorite Romantics, too, I know they're probably here frequently but I didn't want to leave anyone out. ( Collapse )

Quite literally, this man was KISS's Fox after Peter Criss quit the band as drummer.

He may not be everyone's cup of tea, but I find him darling both in and out of the makeup.